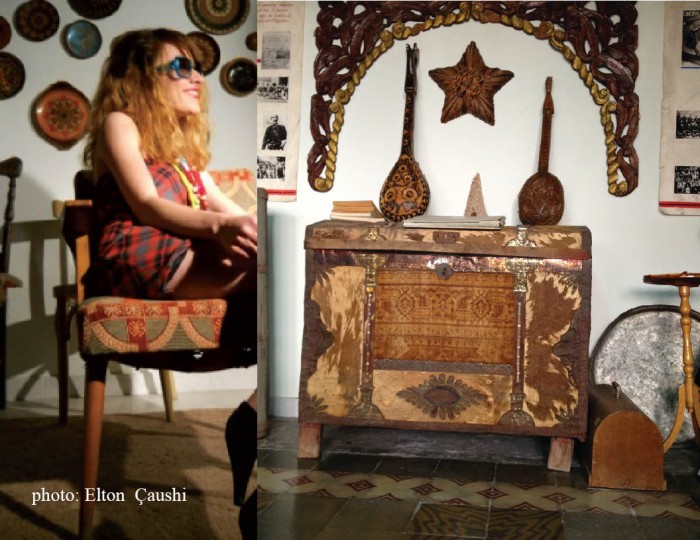 Yes, if you want to, you can visit an old Tirana town 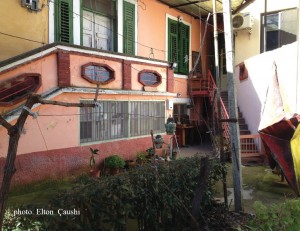 « Tirana !? In my opinion there is no need to spend more than an evening. Not much to see!” In case you have a look at travel forums and what often is said about Albania and Tirana, it’s a pitty to see that when it comes to recomanding the capital, a part of the locals or the foreingers which know it little or not at all, they give opinions which are far from being considered charming.Of course a particularity of Albania, in the eyes and plans of a traveller or explorer, is the fact that for the relatively small surface that the Land of the Eagles, occupies in the European continent, the density of interesting places that can satisfy the needs of many is pretty high (a non scientific and unreferenced statistic says that Albania comes second just behind Italy in a wordscale for the ratio between the concentration of archeological sites and monumets related to the surface of the country and its population). The dilemma of a traveller which has a limited time is what to take and what to leave!!!

The competition of Albanian attractions, to fill the limited time of tourists or travellers, in Albania, is pretty tough ! Berat or Gjirokastra, Kruja or Durres, Valbona or Theth!? Concerning time spent in Tirana, most attention and time is dedicated to a short visit of the Boulevard of the Martyrs of the Nation, lively Block or lift to Mountain Dajti.
At Albaniantrip Travel & Hospitality Services, we try to offer advice and help friends from abroad spend an aditional day in Tirana. One of the attractions, on which we try to focus their attention, is the old and famous (but often forgotten) neigbourhood of the Red School. In case we take a walking tour in this old part of Tirana we will be able to show our foreingner friends some sides of the everydays life of the capital today, but we’ll make sure to transmit a relaxed and joyful atmosphere, quality that marqued Tirana and its communities in Albanian tradition and lifestyle.
The New Bazaar is full of life and atmosphere, the little roads around the Red School are full of histories (mainly of the period between the two WW and beyond), the houses of this area will show tourists visiting, that Tirana has an urban (almost bourgeois) tradition with strong Ottoman, Italian and Austrian influences, but seriously marqued from an original and authentic spirit of citizens which knew to enjoy life and to make it sweet and elegant. The gardens that can be seen through the beautiful railings of some of the villas and houses of this part of the town show to ladies and gentelmen coming from far away, that Tirana has taste, Tirana has parfumes, Tirana has colours, Tirana has life and style!
To support and why not make a little income from this graceful atmosphere of a downtown which hasn’t got the attention that it deserves, Albaniantrip decided (about 4 years ago) that instead of installing its office in one of the modern flats of the Block or Durres Road, install in a almost 100 years old house of the area which is known as the Selvia Crossroad. Apart from computers, files and all necessary cancelleries, we decided to fill it with personal and family souvenirs as well as plenty of objects we like collecting during our many trips in different parts of Albania.
A foreign visitor can admire in the Villa with Star (the name we baptised it) a garden where unintentionally lives a small ecosystem where we inventorized about 20 living species sharing a harmonious balance in contrast with the dusty and heavy trafic crossroad which stands right behind the main gates. While tasting a turkish coffee or a Shesh I Bardhe (Albanian endemic grape) raki made from the vineyard of our own garden, we show to the visitors the dowery chests or our grandmothers, the petrol cookers and all the hard times our Moms had to go through not more than 25 years ago, the honors and the symbolical “rewards” of the dictatorship years, the first pages of the books through which they taught us English, French or Italian (always starting with quotes from comerade Enver, Party members and other brainwashing tools of this kind).
Of course such an activity doesn’t make us rich but slowly contributes to the modes salaries of people involved in this project, helps us pay a modest but stable rent to the family which ownes the Villa, assures an income to the Albanian authorities, assures the continuation and preservation of a patrimony full of values and histories – in sum assures clear elements for the development of a sustainable touristic activity. Albaniantrips contribution is more than modest and far from megalomanic pretentions, but can be considered as a civil movement to attract more attention and to rithink Albania and Tirana as a touristic destination.  Looking at the approved plans, constructions and developments of which few are proud and enthousiastic in the recent 20 years of the history of Tirana, a case like ours puts you in front of a dilemma: Does Tirana have an old town from which some pride and why not some income can be generated!? Shall we transform Tirana into a Hong Kong, or shall we permit an opportunity that like Berat, Gjirokastra or Kruja it can feel proud and have things to show!?
For more info or to organize a visit for your group please check www.albaniantrip.com or send an email to This email address is being protected from spambots. You need JavaScript enabled to view it.
5.0/5 rating (3 votes)
Tweet

We have 72 guests and no members online