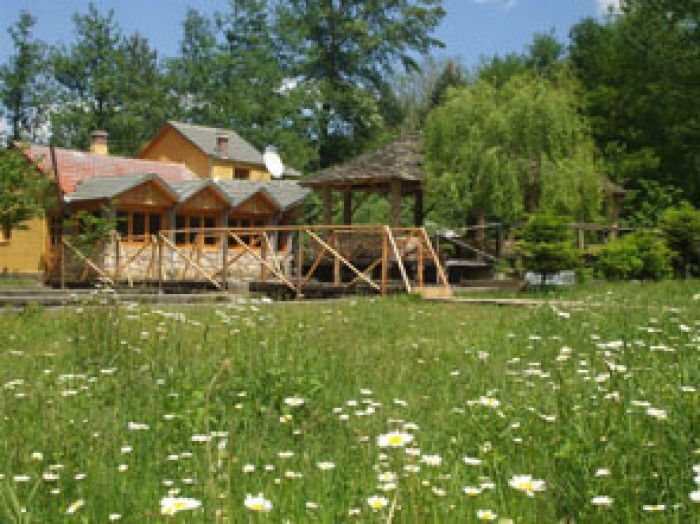 Had not ever heard this name?

The itinerary that we will crawl, we think it deserves your attention, not only because it has a wonderful variety of landscape, natural vegetation and beauties, but also because in the heart of this thriving area an entertainment oasis has taken place, that will best meet, all the requirements and wishes of everyone who is in love with nature and its sports, riding, fishing, picnics, hiking, mountain climbing, skiing in the winter time and swimming in summer.

We are talking about Sotira, a small beautiful country, in Erseka district, 25 km down the road to Leskovik.

The area is located in the heart of the natural reserve Germenj-Shelegur, a destination of Albanian nature which offers endless beauty in every season. In this Eden awaits you Jona and Toni, the owners of the farm, which were merged with the nature of the other residents of the farm to the point, it looks as though they have been here forever. In fact have only a few years, since they decided to leave immigration out and devoted to nature. We already know the history of this country, which probably happens with many other ordinary people who one day, decide to make most productive the nature, certainly in the service of theirself, family and the other people.

Thw narrow of Jona starts when they came early in Sotira, the space where today is located the farm, was covered with bushes, thorns and rubbish that when seen all together use to  create a sense of desolation. Together with Tony, worked long days to clear the land where in their dreams, they built the farm. It was a tiredful enterprice, often with the boredom of gravity of things that needed to be removed and cleaned. When everything finished and space was cleared, remained to cast the pieces of the dreams.

"Originally we opened a trout stocks," says Jona. "This happened after we returned from Greece. Then Tony bought two horses, which are his biggest passion, and make long walks through the valley. Later we bought some cows, which were gradually added, expanding the herd. Then we bought some sheep. So, gradually, the animals was lookinf for each other and came on then, goats, rabbits, chickens, pigs ... While the fish taverns had opened, everything was going well. People use to come, passing the time with  the fish, catching it by theirselves  in the reserves. We have both a major flaw; we’re sorry when we have to draw the fish out, to see that they need to cook it, or when lambs crumbs or bring them to me for clients. But we know tha thre is no way. The bounty of nature are made to enjoy by the people.

When customers order the food they want to eat, generally do not expect ever sitting at the table. They stand up and walk across the lawn. They watch the fishes, go for a walk along the stream, caress the horses that graze over, or when is the season, go gather nuts in the forest. Here is the forest "- she shows up some hazelnut trees twenty feet beyond. - "Often they are delayed and we send guys to call when the lunch is ready.

The landscape in fron of the farm is gorgeous. At the end of the valley the horses are calm after the long walk with the tourists. With the large demand of people we built them three wooden villas. Because when visitors come, especially foreigners, they want to be accommodated too. It is so beautiful place, the say, that one day is not enough to explore it.

It seems strange that a young couple, rather than the taste of the noisy city life, had chosen to deal with cows and horses. "At first, it was botring" - tells Jona - "but after, when we use to break some day, it looked like i had left the children alone and not animals. Now that we have the doughter, it seems to us the most loved place in the world.

The little girl came around  the garden, chasing one of the farm dogs, and asking to her mother, to help her to catch the dog.

At least, she was right. Every detail there, complete the perfect frame of an ideal resort close to nature. A day spent here, was a real pleasure. And,  more such days?

We would like to show lastly the history of the farm’s name. A bizarre phrase that does not respond to Albanian rules of language, has joined the name “farm”, by which naturally call it the foreigners when they come here, with that of “Sotira” (the location’s name). And so, "Farm" (Albanian: ferma) for ease of pronunciation and to respect the many foreigners who visit it, changed to Farm-a, while, Sotira is the geographic determinant that adds more melodicity in it. Thus comes even more beautiful when comes pronounced in both languages: Mirësevini, or welcome to Farma Sotira...

We have 42 guests and no members online